Update Your Image with Oversized Sunglasses

Are you still cudgeling your brains over what to wear during the next summer? If yes, stop the painstaking brainstorm right now. Oversized sunglasses come to your rescue and enhancing your image in no time. Oversized sunglasses, otherwise known as large framed sunglasses, are one unique type of shades in the accessory department. In summers, such sunglasses often fly off shelves and selling like hotcake. The reasons behind it extreme popularity are many, including that of function and fashion. 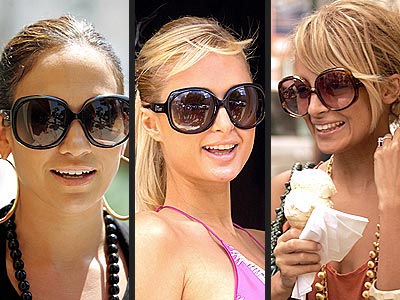 Firstly, in terms of function, because oversized sunglasses have exceptionally large frames, the lenses and frames subsequently cover a relatively larger area of the wearer’s eye sockets. This means a lot especially in summer when the hot sun can pose potential danger to people’s eyes. So, as one puts on those exceptionally large sunglasses, they not only are exempt from the ubiquitous and fatal UV rays, but more importantly the skin around their eyes which have been said to be among the most fragile on our bodies can have the utmost protection.